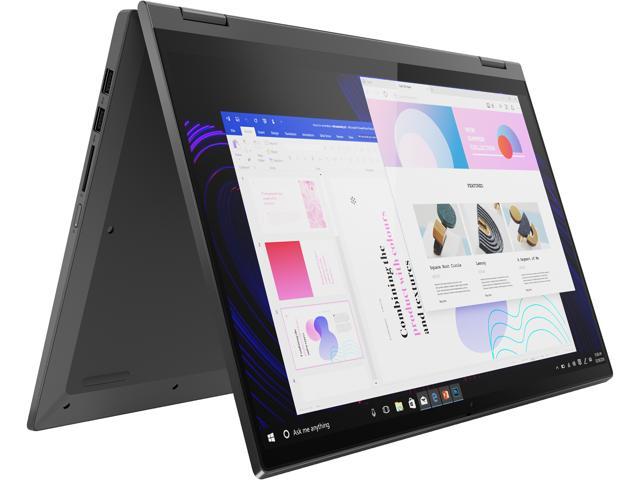 ★★☆☆☆ Pros: * 5700u is a great mobile CPU* Really nice screen even if only 1080p* Feels of decent quality Cons: * RAM Soldered on, so not upgradable* Power Brick that came with the laptop is faulty. Computer complains about it on boot* The complaint about power prohibits me from entering the BIOS on boot* Privacy blocker for USB cam is just a plastic slider and does not disable your web cam or mic (I can buy packs of these to stick on a webcam for a few bucks. HP/Asus have hard switches)* USB C charger is on the same side as the standard charger Overall Review: The 5700u processor is amazing and exactly what I wanted for software development. However, I would have loved to upgrade the RAM like I could with my Azus VivoBook as 16GB is just barely enough for everything I have open for work. I was also a little bummed out that the switch to "disable" the webcam is just a plastic slide rather than a switch to terminate the cam like on the Envy x360. Once I booted the laptop plugged in to the wall, it alerted me the charger was low wattage for the laptop which is peculator as it is the official charger and rated up to 65w. I believe it is defective as it does not even seem to fast charge my phone. Luckily I have another charger that works for this laptop.For my work I tried to keep Windows Home installed and use WSL2 to run Linux but the bloatware that was installed with the laptop made me want to do a fresh install. Once linux was up and running I was depressed to find out the Bluetooth did not have stable drivers and the finger print scanner did not function at all; unlike my Asus VivoBook.In closing. The laptop isn't a bad laptop but does not really feel exceptional to an HP Envy or Asus VivoBook for the same or less money. Then deduct the lack of expansion for the ram it feels like a worse investment. Compound that with the luck of having a defective power brick found it hard to justify higher than a 3 star rating. Also for with my use case of primarily needing to use Linux (which I know is not common) I feel a decent amount of buyers remorse as I feel some of the competitors would have had better driver support out of the box

★★☆☆☆ Pros: Laptop looks great. Great Ram, SSD and good price. Cons: Using this laptop for online classes from day 1 and its producing the more heat and fan running 100 MPH (assumed because of the noise). Overall Review: Ryzen 5700U producing the more noise